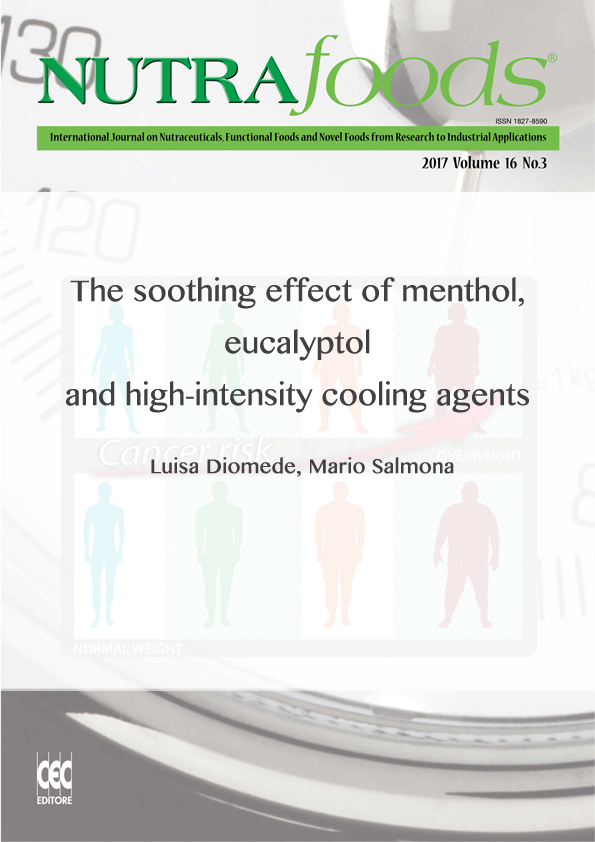 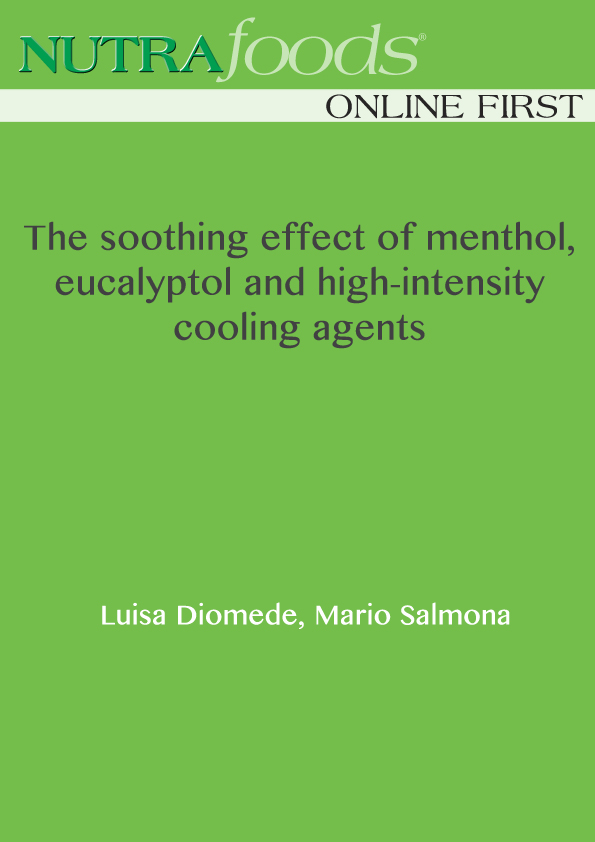 Several compounds are commonly used as flavours in foods such as chewing gum and candy to generate a pleasant cool sensation which can have a soothing effect on the upper respiratory tract. Menthol and eucalyptol are the flavours most widely used as cooling agents and their effect is supported by scientific data. The cool sensory perception they induce is due to their ability to activate cold receptors, particularly the transient receptor potential cation channel subfamily M member 8 (TRPM8), found in the skin and oral cavity. The ability to activate cold receptors has been also shown for non-volatile and non-menthol coolants developed since the 1970s, assessed as Generally Recognized as Safe and approved for use in food by the Flavor and Extract Manufacturers Association of the United States. Among these coolants, ethyl 3-(p-menthane-3-carboxamido)acetate, its analogue N-[[5-methyl-2-(1-methylethyl)cyclohexyl]carbonyl]glycine propyl ester and N-ethyl-p-menthane-3-carboxamide have demonstrated a greater cooling effect than menthol and are defined as ‘high-intensity cooling agents’. Studies in human volunteers who consumed flavoured chewing gum found that the flavour intensity of menthol or eucalyptol, and consequently their cooling effect, increases with chewing and that volatile flavour compounds in the oral cavity are forced into air exhaled through the nasal compartment. It was thus confirmed that the soothing effect and increased air flow perceived in the nose and throat are sensations and not pharmacological actions.