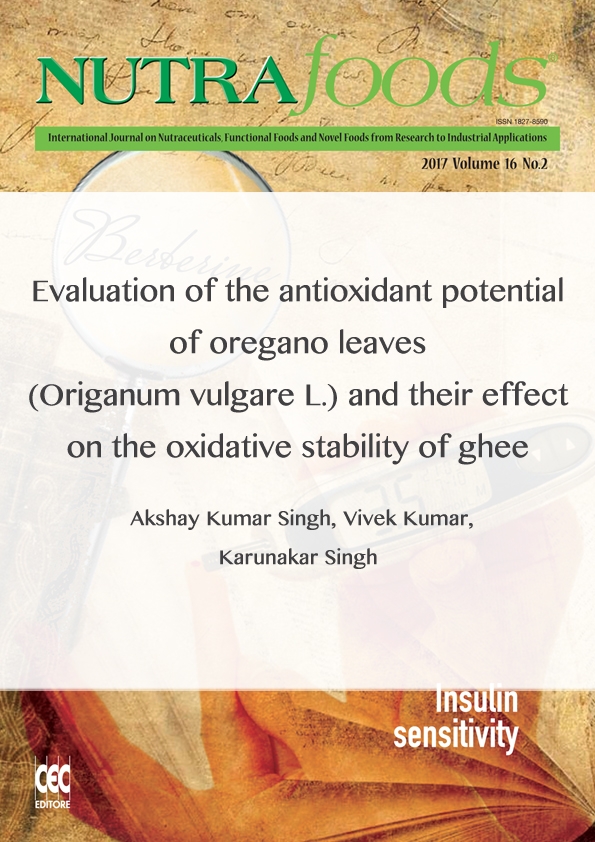 Evaluation of the antioxidant potential of oregano leaves (Origanum vulgare L.) and their effect on the oxidative stability of ghee