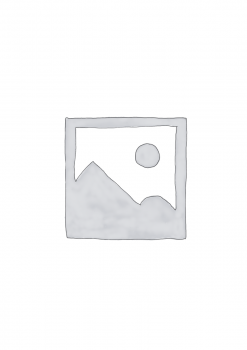 Syzygium alternifolium (SA) is a plant widely used in folk medicine. The current study was carried out to characterize the anti-Helicobacter pylori (Hp) and anti-gastric cancer activity of S. alternifolium fruit extracts. S. alternifolium total phenolics (SATP) and S. alternifolium aqueous extract (SAAE) were used to examine anti-H. pylori and H. pylori urease inhibitory activity. The anti-gastric cancer activity of these extracts was also evaluated using an MTT cell viability assay followed by cell cycle progression analysis. The in vitro results showed that both extracts have dose-dependent anti-H. pylori and anti-gastric cancer activity. SATP has significant anti-H. pylori activity against the Hp26695 and HpP12 strains with MIC50 values of 148±20 and 141±30 μg/ml, respectively, while SAAE has moderate activity compared to the antibiotic amoxicillin. SATP showed significant urease activity with an IC50 of 98±6.4 μg/ml, while SAAE showed a moderate effect compared with positive control. Moreover, SATP showed significant inhibition of human gastric adenocarcinoma cell growth by inhibiting the G2/M phase of the cell cycle with an IC50 of 77.9±0.2 μg/ml, while SAAE exhibited moderate inhibition compared with normal control. Reverse phase UV-HPLC analysis indicated the presence of the phenolic compounds cinnamic, gallic, ferulic and vanillic acid in these extracts. The results suggest that SATP and SAAE extracted from S. alternifolium have significant anti-H. pylori and anti-gastric cancer activity and offer protection against gastritis. Hence, these extracts are recommended for patients with gastrointestinal cancer.

Hair loss and thinning hair are serious problems affecting a large number of women, especially during the menopause. A food supplement containing fermented soy, ornithine, arginine and Tricovel® Tricoage45+ with Bioequolo (Giuliani SpA, Milan, Italy), formulated to promote hair growth in women over the age of 45, was used in a double-blind, placebo-controlled study conducted in healthy adult females going through the menopause. Subjects with hair loss and less than 80% of their hair in the anagen phase were randomized to receive a single daily dose of the study product or placebo. Wash test results showed that hair loss was significantly reduced after the first 8 weeks of treatment with the study product. Hair pull test results also showed significant improvements (fewer hairs removed) in subjects treated with the study product vs. placebo after 8 and 12 weeks of treatment. Moreover, analysis of microscope images revealed a statistically significant increase in the conversion of vellus hair into terminal hair after 12 weeks of treatment with the study product compared with placebo. Self-evaluation by the subjects confirmed these improvements. This study shows that the dietary supplement can decrease hair loss and promote hair growth in women over 45 years of age.

Stevia rebaudiana Bertoni extracts are used as natural non-nutritive sweeteners in several countries worldwide. The principal components of stevia leaf extracts are stevioside and rebaudioside A. Stevioside has about 300 times the sweetening power of sucrose, but is the main cause of the bitter aftertaste of crude stevia extracts. Rebaudioside A has greater sweetening power and a less pronounced bitter aftertaste, and so is usually the preferred component. The overall taste of the sweetener depends on the composition of the stevia extract used and the steviol glycosides present. To characterize the unique taste profile of stevia sweeteners, we analyzed stevioside, rebaudioside A, rebaudioside B and isosteviol content in seven different commercial food-grade extracts used as raw material. A sensitive method, using HPLC coupled to electrospray ionization-tandem mass spectrometry, was applied. The amount of steviol glycoside in the seven different extracts varied. As expected, rebaudioside A was the most abundant, ranging from 497 to 1,000 mg/g. One sample contained only rebaudioside A. Rebaudioside B and stevioside levels ranged from negligible to 40% of the total glycosides determined, with concentrations ranging from 2.7 to 386 mg/g of raw material. The concentration of isosteviol was below the limit of detection in all samples. These data can help in the selection of the most suitable commercial extracts for use as sweeteners in food, beverages and confectionery.

Dhokla is easy to cook and very popular as a snack. Tomato is an excellent fortification ingredient for food products due to its nutritional properties, high antioxidant activity and good sensory characteristics. In this study, dhokla was fortified with 1%, 4% and 7% tomato powder and analyzed on the day of preparation and after storage. Acidity increased from 0.09 to 0.45 following tomato powder incorporation. The correlation coefficient (R2) demonstrated that antioxidant content is strongly associated with antioxidant activity. Rheological characteristics suggested that dhokla batter has viscoelastic properties. The moisture content of dhokla decreased from 16.928 to 15.10, from 18.05 to 17.45 and from 20.10 to 18.03 at the three levels of fortification after storage. Nutritional values were highest when dhokla was fortified with 7% tomato powder. Sensory analysis showed that dhokla containing 4% tomato powder has the best overall acceptability.

This study describes the enhanced and simultaneous extraction of phycocyanin and phenolics from Arthospira platensis biomass. Ultrasound-assisted solvent extraction was investigated to determine its efficacy regarding phycocyanin and phenolics yield. An optimization experiment using response surface methodology revealed that the variables ethanol concentration (20%–95%, v/v), extraction temperature (15°C–65°C), sonicator amplitude (20%–100%) and extraction time (60–300 s) have a significant effect on phycocyanin and phenolics yield. The maximum yield of phycocyanin (29.9 mg/g) and total phenolics (2.4 mg/g) was predicted to occur at 40% ethanol concentration, 34.9°C extraction temperature, sonicator amplitude of 95% and extraction time of 104.7 s. The resultant extract exhibited a dose-dependent antioxidant response with an IC50 value of 85.75 μg/ml. This extract can be incorporated into functional foods as the extracting solvents ethanol and water have GRAS (generally recognized as safe) status.