CEC is a publishing company founded in Milan in 1998 in order to publish magazines and technical and scientific books in the area of COSMETIC and INTEGRATION NUTRITION.

The distinctive character of the CEC is the type of communication used, which is characterized by the high scientific quality.
In our Board are highly qualified experts from industry, foundations and universities.

NUTRAfoods instead responds to the specific needs of researchers in need of scientific material and ongoing legislative updates to develop even more innovative products in the burgeoning field of healthfood. Tiziana Mennini got her degree in Pharmacy at the University of Milano (1975). In the same year she obtained a fellowship from the European Molecular Biology Organization, to learn sub-cellular fractionation techniques and synaptosomes utilization in neurochemistry, at the laboratory of Prof. VP Whittaker (Stockholm, Sweden). In 1982 she spent a further period in Prof. Whittaker’s laboratories (Max-Plank-Institut fur Biophysikalische Chemie, Abteilung Neurochemie Am Fassberg, Gottingen, Germany).
She spent all her scientific career at the Mario Negri Institute in Milano (I): 1967-1975 Research Assistant in the Laboratory of Drug Metabolism; 1975-1987 Chief of the Unit of Neurochemical Transmission; 1988-2008 Chief of the Laboratory of Receptor Pharmacology.
After retiring, she started collaboration with CEC Editore (Milano): 2009-2014 Managing Editor, Cosmetic Technology and L'Integratore Nutrizionale; 2009-to date Section Editor, Nutrafoods (CEC Editore and Springer Healthcare, Milano); 2014- to date Editor in chief, L'Integratore Nutrizionale.
She has been speaker, chairman and organizer at many congresses and courses, author of more than 250 articles published in international journals in the area of receptor pharmacology, neuropharmacology, and herbal pharmacology (link: pubmed: http://www.ncbi.nlm.nih.gov/pubmed/?term=Mennini+T). Armando Antonelli got his master degree in Medical Biotechnologies at the University of Rome Tor Vergata (2010).  He spent his internship at the Clinical Pathology department in the field of monoclonal antibodies development. During his studies (2008-2010) he had some experiences in science communication (biology, chemical, anatomy and biotechnologies labs), working as a teacher for secondary school students for the company Apogeo Ambiente srl. In the late 2010 he started working as food/cosmetic regulatory affairs consultant for the company Hylobates Consulting srl.  In 2013 he started his cooperation with the CEC Editore as author for the magazines ‘L’Integratore Nutrizionale’, ‘Nutrafoods’ (CEC Editore and Springer Healthcare) and ‘Cosmetic Technology’. Recently he became responsible for the updating of the online magazine ‘Legislazione Nutraceutica" Born in Turin on 20th February, 1967. Author of about 400 popular medical/scientific works, of over 100 scientific/technical papers and of about 50 industrial patents. Lecturer in charge of teaching nutrition, phytotherapy and biopharmaceutical at some Italian Universities. Member of the Scientific Editorial Board for the following journals: L'Integratore Nutrizionale; Journal of Alternative and Integrative Medicine; Core Evidence; International Journal of Physiology, Pathophysiology and Pharmacology; International Journal of Case Reports and Images; American Journal of Digestive Disease. Prize awarded by the French Society of Cosmetological Chemistry (2000), prize awarded by the Spanish Society of Chemistry (2001), he has been Included in Who's Who in the World 2011. Former Scholarship Holder and Ph.D. student at Institute of Microbiology in Turin (1990-1993), former in charge of Immunopharmacology at Italfarmaco Research Center in Milan (1993-1996), former Senior Scientist at Indena Scientific Direction in Milan (1996-2002), former Scientific Director at SIIT Pharmaceutical in Milan (2002-2007), since 2007 he is Scientific and Research Director at Velleja Research. Gabriella Ferraris Attorney-at-Law. She graduated in Law from the University of Pavia, is a member of Milan Bar and admitted to Supreme Court in Italy. The practice of Gabriella Ferraris concentrates in the area of General Civil Legislation; Food, Drug and Cosmetic Law; Advertising Law; Unfair Competition. She rapresents clients in many aspects of general civil litigation and in a wide spectrum of lawsuits involving different matters, including unfair competition actions and breach of contracts suits. Gabriella Ferraris has a wide expertise in the fields of Cosmetic, Drug, Food, Food Supplements Labelling and Advertising. She rapresents clients on issues pertaining to regulation of deceptive advertising and deceptive advertising practise. He took his degree in Biology at Turin University, in 1967 and his specialization in Applied Pharmacology at Milan University, in 1971. After a year at ABC in Turin, he spent 15 years in the laboratories of the Lepetit Research Center in Milan, working on the CNS, the VNS, the CV, on the Biochemistry and ADME labs. His most outstanding activity was in receptor pharmacology, where for over 10 years he carried out pioneering research in the field of drug-receptor interaction. He joined RBM (Ivrea, TO) in 1985, a company part of the Serono Group. In addition to continuing studies in molecular pharmacology, he dealt with cell bank validation and, in collaboration with the Institut Pasteur of Paris, with scaled-down viral process validation. His roles included Qualified Person (1999-2002) and Senior Research Advisor (2002-2003). Having retired in December 2003, he is now a scientific consultant in Discovery and pre-clinical R&D. He has written 180 scientific papers, contributed to 10 patents, presented over 160 communications at congresses and held over 90 conferences, seminars and lessons in companies, master courses, hospitals, scientific societies and universities. Since 1996 he has had a lecturing contract with Turin University. Federico Benetti got his Biological Sciences degree and PhD in Molecular Physiology and Structural Biology at University of Padova. Then he joined the Laboratory of Prion Biology headed by Prof. Giuseppe Legname at International School for Advanced Studies (SISSA, Trieste), where he studied the role of micronutrients in modulating central nervous system physiology and pathology. Since 2013 he had lecturing contracts on “Metals in Biology: from Physiology to Pathology” for the PhD course in Functional and Structural Genomics at SISSA. From 2011, he focused his research on the sustainable development of nanotechnology at ECSIN-European Center for the Sustainable Impact of Nanotechnology, where he currently covers the role of Laboratory Chief. Author of several scientific and technical papers on medical and biological issues, speaker, chairman and organizer at many congresses, workshops and courses. Since 2015 he writes for ‘L’Integratore Nutrizionale’ and NUTRAfoods journals. Paolo Morazzoni has a degree in Biological Sciences from University of Milan. After a  scientific fellowship in Biochemistry and Enzymology at Mario Negri Insitute of Pharmacology of Milan (1976-1980), he worked as senior scientist in the Pharmacological Department of Inverni Della Beffa S.p.A. (1980-1982) where  then he covered the role of Head of the Metabolism and Phamacokinetic Laboratories (1983-1993) concentrating his interest on the metabolism and pharmacokinetics of  pharmaceutical products of botanical origin. From 1993 to 1997 he was the Associate Scientific Director of Indena S.p.A., Milan, taking care of the development of new botanical active derivatives in different therapeutical area including cardiovascular, CNS and oncology. Since 1998 to January 2017 he held the position of Scientific Director of Indena S.p.A. with the specific role of coordinating the research and development of new botanicals, being oncology the main area of activity. Now he maintains collaboration with Indena S.p.A. as Scientific Advisor. Dr. Paolo Morazzoni is the author of more than 300 research articles on medical and biological issues (with particular attention to phytotherapy) and an active partecipants to international symposia and congresses. During 15 years Marisa Meloni, PharmaD and PhD in Drug delivery and Cutaneous Biophysic from the University Renée Descartes Paris V , has been in charge for the research and development of in vitro strategies and the implemenation of Alternatives to animal testing within the pharmaceutical and cosmetic industries. She has been for more than 15 years contract professor for formulation technology and safety assessment of topical products at Milano, Salerno and Padova Universities. In 2001, she has founded VitroScreen a CRO that concentrates on in vitro technologies with the mission to introduce high quality, relevant and predictive in vitro testing in life sciences for regulatory, pre-clinical and R&D needs. She is committed to innovation and science to propose to different industrial area an evidence based approach to pre-clinical testing according to a unique quality system (GLP). After a humanist high school education, Elena Santin graduated with Honours in Pharmacy at the University of Padua. She then completed postgraduate degrees in Regulatory Affairs at the University of Pavia, and Phytotherapy and Dietary Supplements at the University of Padua. During her studies, she took on an internship at the R&D department of a food company in which she subsequently worked for five years with responsibilities in the regulatory affairs department. She improved the company’s capabilities in verifying regulatory compliance with legislative frameworks concerning foods, food supplements and dietetic foods, in particular with respect to composition, labeling and communication. Elena Santin is currently working for Rigoni di Asiago with the responsibility of the technical marketing department and organic certifications. She is teaching Regulatory Affairs in the area of food supplements and foods for specific groups at universities and private institutions. Since 2015 she has been writing for the journal ‘L’Integratore Nutrizionale’ and collaborate in the updating of the online magazine ‘Legislazione Nutraceutica’. 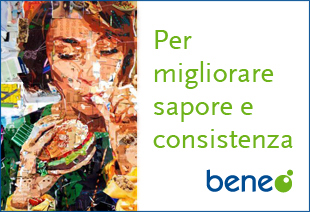 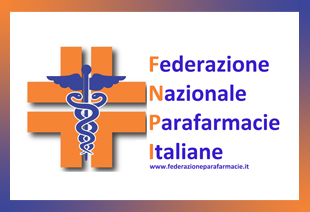